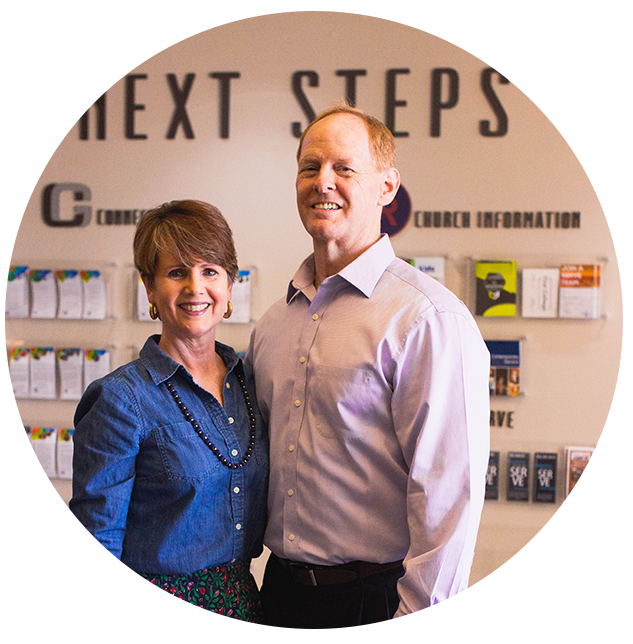 Clayton Owen joined the church staff in April 2009. Clayton serves as the Minister of Education and Administration and Senior Adult Minister. Clayton holds two bachelor’s degrees from Union University and two master’s degrees from Southwestern Baptist Theological Seminary (because he couldn’t make up his mind).

“Clayton served 20 years in his hometown of McKenzie, Tennessee, before moving to Ruston. He has been married to Mary since December 29, 1984. She works in Internet Banking at Origin Bank and enjoys cooking, football, small group Bible study and prayer, and for some reason, half marathons. They have three children. Caleb, their oldest, is married to Alyssa. Caleb is a ‘real’ UT law grad who works at the Health and Human Services Dept. and Alyssa teaches in the Alexandria school system. Sarah is their daughter, who is a PA. She is married to Tyler Davidson who works for the Ruston PD. Their youngest, Josh, is a West Point grad who is presently in the Army. Unfortunately, the entire crew is brainwashed by Tennessee Vols, Dallas Cowboys, Texas Rangers, and Memphis Grizz fans, but they have all now added Louisiana Tech, the Army Black Knights, the Bearcats, the Cougars, and the Big Blue from Choudrant to their favorites. Clayton and Mary also have one very delinquent Airedale Terrier named Berry (after Eric Berry).

Clayton enjoys watching football, eating chocolate, exercising, and reading (not really but it doesn’t look good just to say watching football and eating chocolate). Clayton came to know Christ as his Savior during his senior year of college. Not long after, instead of entering the exciting world of finance, God called him into the ministry. He truly enjoys getting to know people and seeing them grow in their faith to the point where they are looking to serve God and share their faith with others. He invites you to stop by the office, send him an e-mail, give him a call or meet him for lunch or for coffee at the Depot.”